smaller, thinner, and with real-time glucose and trend arrow information 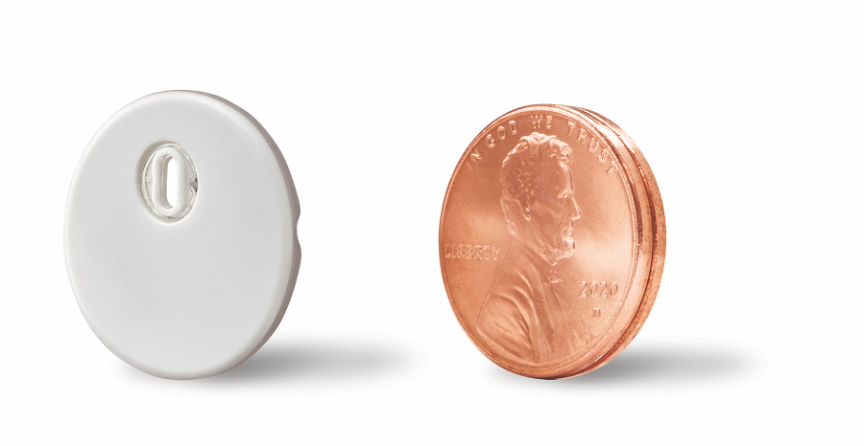 Abbott didn’t provide many specifics on the hardware changes between FreeStyle Libre 2 and 3. We’d imagine the battery and/or transmitter on the FreeStyle Libre 3 might be more expensive than that of FreeStyle Libre 2 – there could also be added cost from miniaturizing the device. On the other hand, Abbott notes in its press announcement that the smaller size of FreeStyle Libre 3 reduces the total volume by 70%, plastic use by 41%, and carton paper use by 43%. Ultimately, it’s unclear how FreeStyle Libre 3 margins compare to FreeStyle Libre 2, but we salute Abbott’s ongoing commitment to global access with its same list pricing for all three offerings. Of course, what health systems are paying can be different from list price as we’ve seen in the UK where volume purchases by one system have enabled lower pricing.

With the no-Bluetooth, scan-based FreeStyle Libre “1,” the addition of alarms

in FreeStyle Libre 2, and now real-time data in FreeStyle Libre 3, Abbott has taken a step-wise to delivering its “always-on” CGM option. In our view, the FreeStyle Libre and the FreeStyle 2 had “real-time” sensing but some patients prefer to “scan” to get the number (which is continuously updated) rather than “hear about it” by alarm – the Libre 3 will just have it “always on” and always visible, rather than “on demand.” In hindsight, this seems like a very smart move, as the step-wise approach has allowed Abbott to offer FreeStyle Libre at lower cost. Given the public health implications, we’d rather everyone have either Freestyle Libre 2 or Freestyle Libre 3 and that they’d set the alarms, since we imagine time in range is easier to reach with alarms. Still, some want a more discreet experience and we expect both systems to continue to be popular – we’d expect Freestyle Libre, the first system, to be less popular over time. Lower cost has helped Abbott drive broad access and reimbursement for CGM technology and now, six years after CE-Marking for the original FreeStyle Libre system, Abbott is poised to bring its real-time CGM as well as to continue to bring its Freestyle Libre and Freestyle Libre 2 to those that want it to the existing 2+ million users and beyond. We also note – they all will have the same list price, and we imagine Abbott will be able to be more competitive with large healthcare systems who commit to a large volume.

In this first table, we’ve summarized the key features of Abbott’s FreeStyle Libre 3 and FreeStyle Libre 2 and Dexcom’s G6 and G7 as a comparison given that these two companies hold ~82% of the growing CGM market (by revenue) as of 2Q20. For Dexcom G7, we’ve made certain assumptions about the product features based on publicly available data and statements as the device is not on the market. The yellow highlight denotes which system(s) has the advantage on a particular category; of course, this is our opinion, and some is subjective!

In this second table, we’ve compared the key features of the newest standalone CGMs approved in Europe from each of the major CGM companies: Abbott’s FreeStyle Libre 3, Dexcom G6, Medtronic Guardian Sensor 3, and Senseonics’ Eversense XL. The yellow highlight denotes which system(s) has the advantage on a particular category; of course, this is our opinion, and some is subjective!