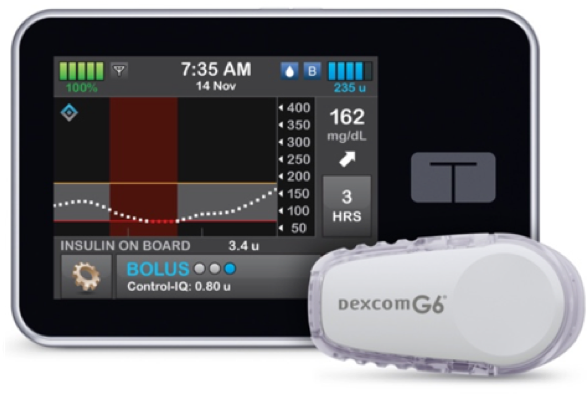 In an “extension” of the Control-IQ trial in adults (presented at ADA 2019), researchers compared the time in rangeand A1C of people using Control-IQ and those using Basal-IQ. Control-IQ is Tandem’s new automated insulin delivery system, and Basal-IQ is Tandem’s earlier system that automatically stops delivering insulin when low blood sugars are predicted. Of 109 participants in the original Control-IQ trial, 55 switched to Basal-IQ and 54 remained on Control-IQ for 13 more weeks. 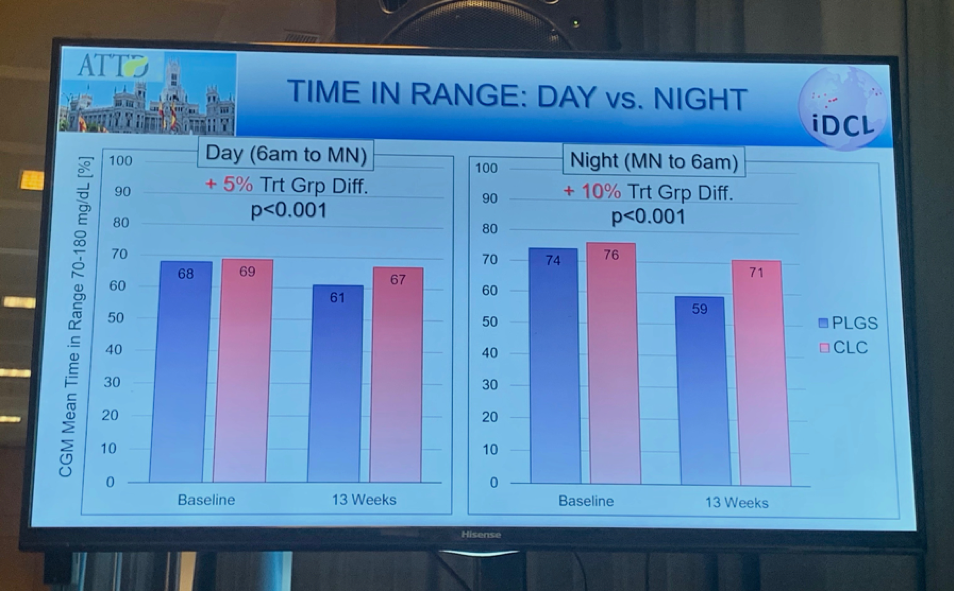 A new Medtronic extended-wear infusion set has been approved in Europe (it received a CE-Mark). The infusion set lasts for seven days and includes several new components, including a new “H-Cap Connector” that helps infusion site performance, tubing that improves insulin preservative retention, an extended wear adhesive patch, and a new inserter.

The most recent study (with just 21 people) showed that, more than 80% of the time, the extended-wear infusion sets were still working after seven days. This performance is the same as, or better than, the current three-day infusion set after three days of wear. Additionally, the study found that the total daily insulin dose did not increase over the seven days, meaning that insulin delivery efficiency was not changed during the entire period of wear.

According to Medtronic, the new infusion set will be introduced in some countries in early 2021. In the US, the product is currently being tested with 670G users. 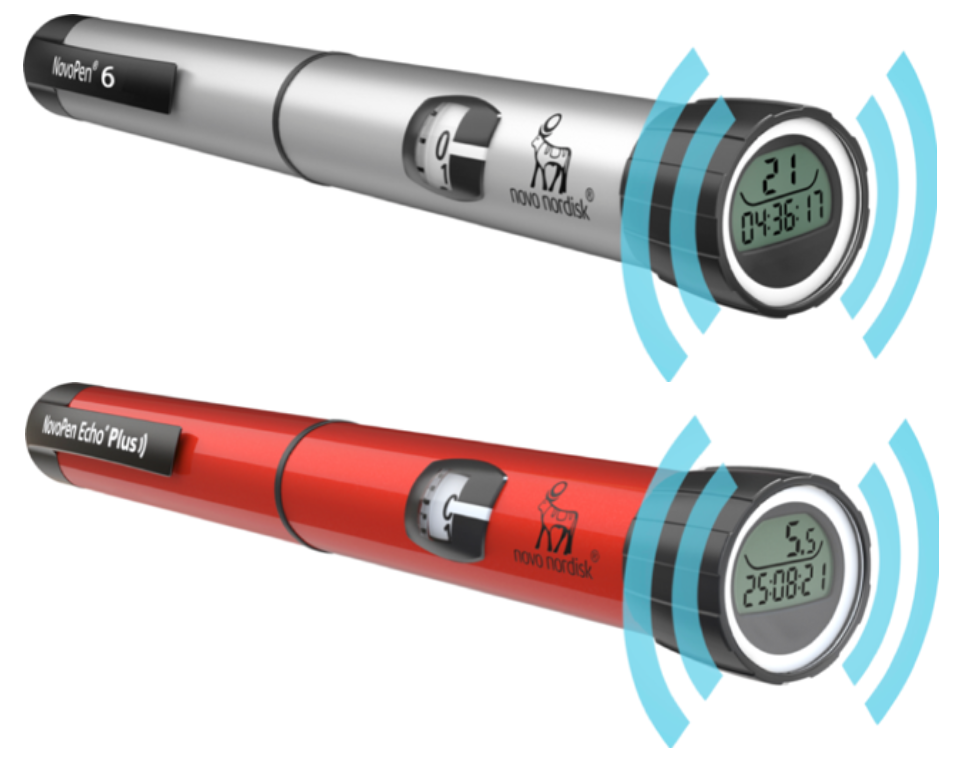 Dr. Peter Adolfsson from the University of Gothenburg presented encouraging results from a real-world trial of the NovoPen 6, which showed that the device decreased hypoglycemia (low blood sugar) in children with type 1 diabetes under the age of 18. The NovoPen 6 is a connected (“smart”) insulin pen, which automatically records how much insulin was injected. For people on multiple daily injections, this means no logs, no forgetting doses or accidental insulin stacking, and access to the same computer-generated reports that help recognize patterns and optimize therapy as pump users.

The NovoPen 6 (and kid-friendly Echo Plus) are already approved in Europe, and expected to launch in Europe in 2020.

Onduo presented reassuring data showing that remotely teaching people to use continuous glucose monitors (CGM) is effective. Onduo’s virtual team of certified diabetes care and education specialists (CDCES) and endocrinologists shipped Dexcom G5 or G6 CGMs to participants with type 2 diabetes. Of the nearly 600 participants, over 95% reported that CGM helped them understand how daily habits and eating affect their blood sugars. Eighty percent of participants also said that they were comfortable with CGM insertion. 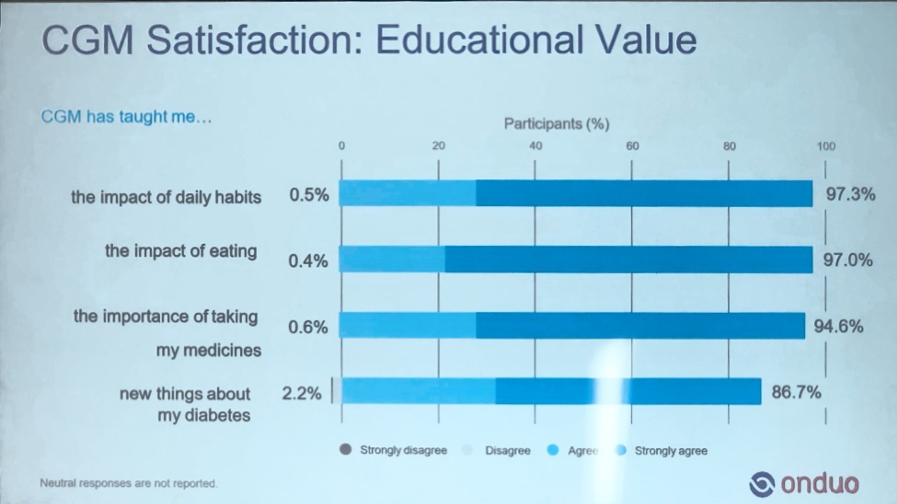 Participants also saw significant decreases in A1C. People with a baseline A1C of more than 9.0% saw a 2.6% reduction after ten months, for an overall decrease in A1C of 0.6% (0.6 percentage points).

Notably, 61% of the participants were “previously unfamiliar with CGM,” showing that teaching people to use CGM without prior knowledge is possible. According to Dr. Richard Bergenstal, a collaborator on the study, this data is a strong demonstration that CGM can be shipped to people with type 2 diabetes, they can be trained virtually in how to use the system, and they will benefit significantly from the technology.

Two fantastic diabetes advocates and diaTribe contributors, Renza Scibilia and Chris "The Grumpy Pumper" Aldred, led a session about the #LanguageMattersmovement and how healthcare professionals can be more understanding and empathetic when working with people who have diabetes.

Renza and Chris focused on conversations around health complications, and explained that the use of "shock tactics" don’t work. Often, it can cause people to stop listening, or worse, paralyze them into inactivity. Renza said, "We know how serious diabetes is – we're living with this in our bodies every day."

Chris, who was diagnosed with his first complication (a foot ulcer), said that stigma about complications is an enormous weight on the shoulders of people with diabetes. He shared a personal example of an interaction he had with his podiatrist, where she called him “non-compliant” despite his best efforts to avoid complications. He advised an audience filled with healthcare professionals: "In an appointment, your first question should be 'how are you, and how's your family?' because what influences this will influence your diabetes."

Renza and Chris provided some suggestions for healthcare teams:

The Virtual Specialty Clinic (VSC, previously known as Geek Squad) – a virtual diabetes clinic created to expand the use of continuous glucose monitoring (CGM) systems – allows people with to access CGM care from a healthcare professional from the comfort of their own home. VSC led a three-month pilot study of 34 people living with type 1 or type 2 diabetes.

During the study, certified diabetes care and education specialists (CDCES) from Cecilia Health provided three virtual visits (completely online) for participants. The first was an initial training on CGM (Dexcom G6 or FreeStyle Libre): teaching the individual about insertion of the device, how to set alerts, and how to download data. The second was an appointment to review CGM data and provide recommendations after two weeks of use. The third was a visit to discuss tips and tricks to best use CGM after four weeks of use.

On average, the results showed that: 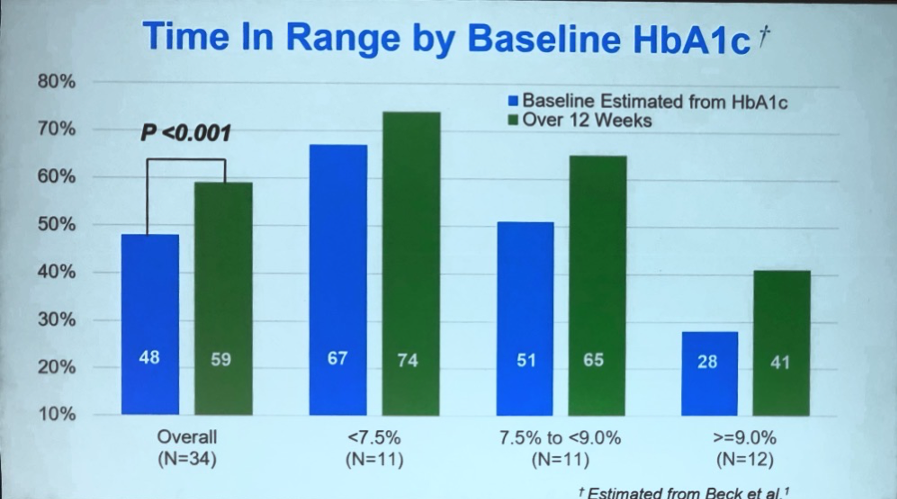 VSC’s data is encouraging, since it might help people who can’t regularly commute to a clinic get diabetes technology. A larger study to evaluate outcomes in more participants is expected to start later this year.